The December holidays are all fun and games, until someone puts the wrong thing down the drains. That’s when the holiday cheer goes right out the door while everyone scurries around trying to find an emergency plumber.

This is a symptom of not looking after your plumbing system properly throughout the year to ensure that it stays in tip top condition, compounded by the extra strain caused by the holiday season. Cleaning your drains before the freezing season sets in, can help minimize clogs over the holidays, and that way, you can catch clogs in time.

In addition to regular maintenance and professional drain cleaning, you should avoid allowing the following foods down the drains – not only during the holidays, but always.

Some things can go down the garbage disposal, and others not. Avoid allowing stringy foods, such as celery stalks or starchy foods such as pasta, rice and potatoes go down the drains. Dispose of it in the garbage instead.

Bones and chicken skin should also never go down the drains, as bones can damage the garbage disposal’s blades. They don’t get chopped small enough to prevent clogs.

Potato skins are fibery and becomes swollen inside the pipes. It can easily become stuck in bends in the sewer line. As for fruit and vegetable peels and scraps, use them to build your composting pile.

Egg shells have a stringy membrane that can wrap around the blades inside your garbage disposal, and stick on the insides of your pipes. It can start to rot and cause bad smells, until it eventually causes a clog.

Fats, oils and grease should never enter the sewer system. FOGs congeal on the edges and solidify inside the pipes, clogging your drains and catching any debris floating by, resulting in major blockages.

If holiday baking got out of the hand and you’re stuck with a pile of cake flour, don’t ever allow it into the drains. It will create a thick gluey mess that will trap anything that comes past in the pipes, causing a clog in no time.

During the holidays, most homes have more people visiting, which places a lot of strain on the plumbing system. Ask guests to allow at least 10 minutes between showers so that the sewers can drain sufficiently, and let them know what can and can’t go down the drains, both in the kitchen and bathroom. You may not feel like the best host in the world, but it will be a lot more awkward if you have to call the emergency plumber to help get rid of a clog in your sanitary system.

But if all else fails, get in touch with Anta Plumbing. We’re here for you 24/7, throughout the holiday season. 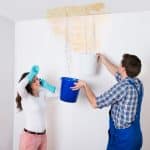 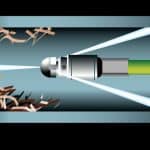