Toilets are an essential part of our lives today and pretty important for people in Toronto. We’re lucky to be able to do our business inside our homes, instead of having to trudge through snow to the outhouse. However, this important commodity can quickly become troublesome when items other than human waste are flushed down, resulting in clogs and flooding.

It’s common for people to also flush toilet paper, tampons and dead goldfish down the toilet, probably due to the convenience of the wide mouth and powerful drainage ability. However, it is important to note that certain items should never ever be flushed down the toilet, because they can cause significant plumbing and environmental problems.

Things to NEVER Flush Down the Toilet

• Disposable diapers contain toxic plastic that expands when exposed to water. It will cause backups.
• Cat litter is made from sand and clay that is bad for your drains and the parasites and toxins in cat waste should never enter the water system.
• Fats, Oil and Grease (FOGs) congeal when they cool down, creating a wax that clogs pipes. Rather scrape it into the trash, or save it for reuse.
• Dental floss is non-biodegradable, and when it is flushed down the toilet, it will wrap itself around other objects to cause major clogs.
• Band-aids are also made from non-biodegradable plastic that damages both your sewage system and the environment.
• Cigarette butts release highly toxic substances into the water supply and wastes a lot of water when you want to get rid of a single butt floating in the bowl.
• Paper towels do not break down like toilet paper does, causing clogs in the system. Also, using them wastes trees. Opt for reusable rags or napkins instead.
• Prescription medication is often flushed down the toilet to keep it out of the wrong hands, but it actually causes much bigger problems. It destroys beneficial bacteria, contaminates groundwater supplies and harms the wildlife downstream.
• Swabs and cotton balls tend to back up in bends and connections in the pipeline, resulting in massive blockages.
• Condoms cause a lot of problems at sewage treatment plants, because they are not biodegradable.
• Bathroom wipes are marketed as “flushable” but they do not degrade once they are flushed. Flushable wipe manufacturers around the world are being sued by cities facing millions of dollars of damages due to the problems they cause in sewer systems.
• Tampons and pads are notorious for causing clogs.
• Dead pets can introduce disgusting, harmful bacteria into the water supply.
• Foods should not be flushed down a toilet, as rice, sweetcorn and pasta expand and collect in sewers, while apple cores and bones can cause major clogs.
• Drug paraphernalia such as syringes cause major trouble in sewer systems, apart from being unhygienic and nasty.
• Construction products such as paint and rubble join food, wet wipes and other debris on the bends in the system, resulting in massive blockages.
• Human body parts such as fingers or hands are sometimes found in sewers, as well as fetuses. Gruesome as it is to believe, people actually do flush these items down toilets.

There’s a reason why toilets were invented, but it is very different to the reason we have rubbish bins. Out of respect for our limited water supply and the people using the system, please do not flush these and similar items down your toilets. 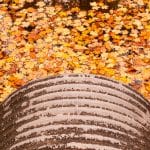 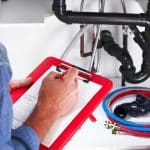