Water, like fire, can cause severe damage to your property and home. Breakage of plumbing pipes can lead to costly floods.

The cost can even be exponential if you live in condominiums such as a quadruplex, a condominium, or an apartment.

Water damage is not limited to your home. Water will follow gravity without limitation and all materials in contact with moisture will need to be replaced to prevent spores and mold. A lot of water can escape when a pipe bursts. 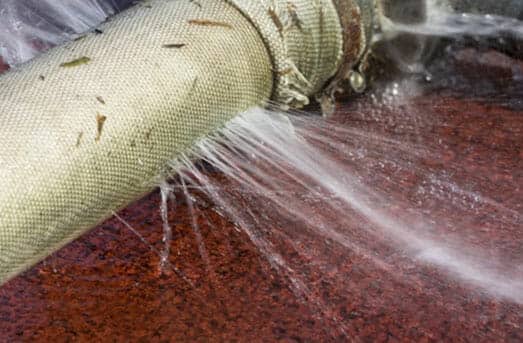 In homes, the main causes of pipe bursts are caused by the washing machine, dishwasher, water heater, outdoor faucets in your home, and an extended absence from your home left without sufficient heating.

So how do you deal with burst pipes in your home?

1. Use the Caulking Method to Eliminate Leaks at The Joints of Cast Iron Pipes 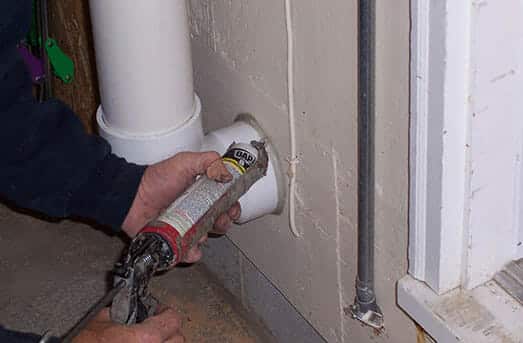 If the pipe flows — what should be done when it comes to cast iron pipes? If cast-iron sewer pipes are poorly connected, it’ll be more difficult to cope with the situation. It all depends on how their joints were sealed.

In cases where pipes are stained with lead, the following actions are performed:

Clean the joints until the appearance of pure metal:

2. Seal the Leak Joint of Pipes with Cement 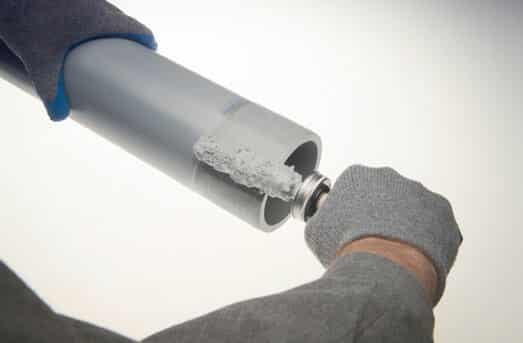 Using cement to seal the leaky pipe can be effective if it’s not flowing. However, when the pipe is flowing — here’s what you should do aside from using cement.

3. Installing the bandage in place of leaks 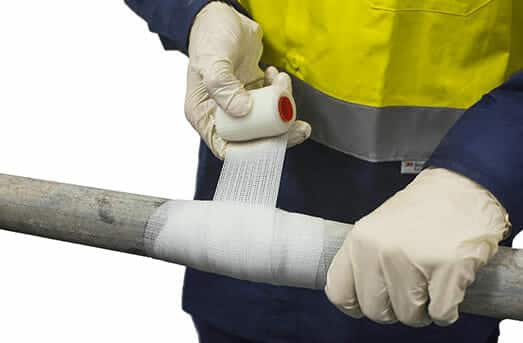 If a pipe is leaking, the leakage can be temporarily fixed by installing a bandage. First of all, determine the cause of leakage (fistula or leakage) and find the place of the emergency site. Then a rubber band is applied to the site of damage to the pipe.

The procedure is performed in the following sequence:

Clamps are sold in stores, but if in the critical situation this desired product was not at hand, then it can be done independently.

In emergency situations, if the pipe is leaking and you need to quickly eliminate the leak, the clamp can be replaced with a flexible wire, cord, rope, and hose.

The width of the bandage is determined on the basis of the diameter of the water (or sewer) (1.5 diameters or more).

4. Sealing the leak with a wooden wedge 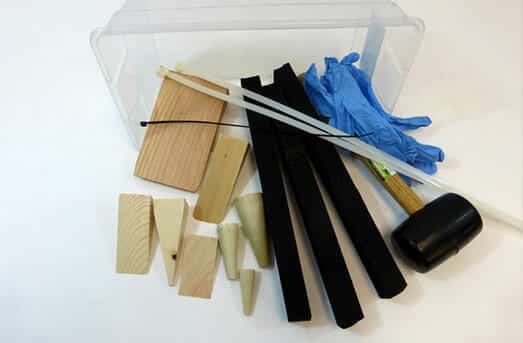 When the pipe flows, the water pressure is strong, the tap cannot be closed, the bandage cannot be installed, or does it not hold water, what can be done?

The truth is that this situation, of course, is not enviable.

If the cause of the leak is a fistula, then a small, conical-shaped wooden peg can help out. Its tip should fit the hole in the pipe.

Having inserted the sharp end of the peg into the hole, then hammer it into the pipe with a hammer and thus eliminate the leak. This, of course, is a temporary measure.

Eliminating the flow temporarily, you can more calmly think about where to call if the pipe is flowing? 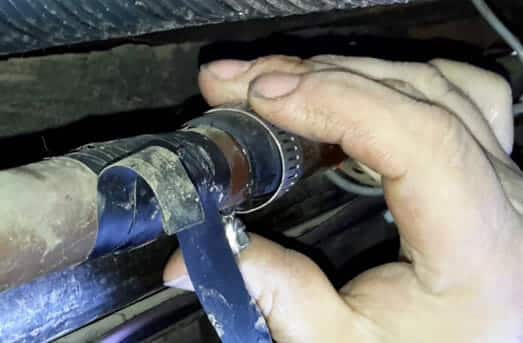 It’s also possible to eliminate leakage of pipes with the help of adhesive bandage.

In this case, act as follows:

If fiberglass is used, its length should be such that it’s possible to wrap the pipe at least five times. The width of the bandage is determined on the basis of the diameter of the pipe (at least 1.5 times the diameter).

Glue should be applied to the bandage material using a spatula or brush.

After winding the bandage fabric on the pipe, before the glue dries completely, it’s pressed with ties or clamps. The glue must dry for at least a day (at room temperature) or up to three days (at a temperature of 15 degrees).

6. Elimination of leaks in a plastic pipe 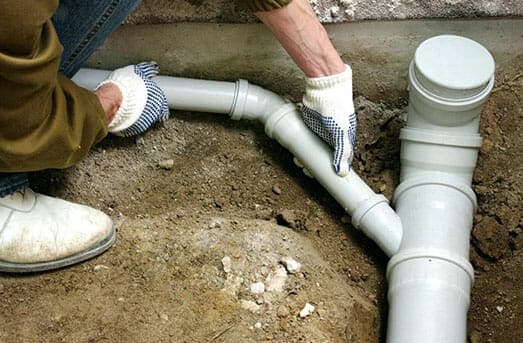 And how to eliminate the leakage of plastic pipes, other than to seal up the leak in a plastic water pipe or sewage pipe?

In this case, it is best to use the adhesive method. To do this, pick up a piece of pipe of suitable diameter and cut it along the length.

Then about 1/3 of the pipe’s surface is cut off in full length, and through the resulting incision, the workpiece is put on the damaged section of the pipe, after having applied the required amount of glue to the surface cleaned with emery paper. Having pressed a collar, allow to dry up to a junction.

7. Screw the bolt into the leak hole

To the question “what to do if the pipe is flowing because of the presence of a fistula in it?” The answer can be quite simple since this method has been known for a long time.

A small hole is drilled in the pipe at the site of the fistula and a bolt is screwed into it on the oil paint.

Remember that this method is applicable only on large-diameter pipes, and also new ones. For old pipes, it should not be used: the bolt will not hold water, and it will not work well to screw it in. All your attempts will only increase the hole.

If the pipe is flowing, what to do in emergency cases with metal pipes?

Before screwing in the coupling, the threaded connection of the nipple must be sealed with flax and sealing putty or a special “tape fum”.

Although the described method is intended for use in metal pipes, it can also be used in other types of pipes.

And yet, if the question arises how to eliminate a leak in the pipe, it is better to seek help from a master plumber. 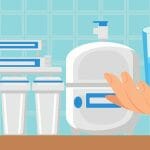 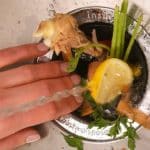