The 2013 Christmas will always remain fresh in the memory of all Toronto residents because of the ice storm. It came suddenly with a less than 12 hours warning and took us by surprise while many of the city dwellers were still enjoying their Christmas party. The storm gathered momentum even before the night was over and by the morning, things started looking very bad. Many households throughout Toronto had to do without power for the next few days. In some cases, this power outage continued for as many as nine days. As always, Anta Plumbing has been extremely proactive in helping Torontonians get back to normal life by taking care of their plumbing problems.

Burst pipe was one of the most common problem encountered during this ice storm. We regularly suggest homeowners to prevent pipe bursting by keeping at least one faucet running. However, these precautions are often forgotten during the festive time. The officials from Toronto Fire have confirmed that the number of calls relating to pipe burst after the storm was four times comparing to the usual figure. Multiple homes faced the problem of flooding when the temperature increased, and the ice started to melt. A record number of burst pipe repair and replacement cases were handled by Anta Plumbing during this period.

Our team of expert plumbers have also been kept busy by a huge number of drains that were damaged during the storm. The maximum amount of damage has been caused by trees that have fallen onto the drains. In some other cases, trees have been uprooted by the weight of too much of ice on their branches. As they fell, these trees damaged the drains nearby with their roots. Our team is still busy round the clock fixing these plumbing issues.

As with every storm, this one also left plenty of debris all over the city for us to clear. This led to a serious plumbing issue. There were instances of serious debris blockage all over the town. This was caused by the debris that were swept into the drains and sewers. As the number one plumbing and drainage systems contractor throughout the GTA, we have been busy round the clock unclogging these drainage systems.

Hot water heaters were also not spared by the devastating effects of the ice storm. This even included people using gas powered water heaters. The gas operated heaters have batteries that keep the flame alight and these batteries require charging. The batteries died in many instances due to the lack of charging. In some cases, the water heaters refused to function even when the power was restored.

Regardless of time and weather, Anta Plumbing is always by your side to take care of your plumbing needs. Have a great New Year and call us for any plumbing issues at your home or office. 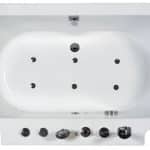 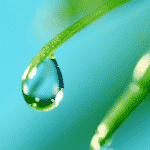