In a display of hyper vigilance, The British Olympic Association hired a plumbing firm to supply workers on-call in case of blockages, leaks, or any potential problems that need fixing in the athletes’ village.

With daily reports of unfinished building work, leaky walls and ceilings, and safety checks that have yet to be passed Team GB took no chances with the accommodations.

So far, Team GB has not encountered any problems. In fact, a spokesman was cited saying their accommodation were “fantastic and we’re just going to crack on with it.”

Other teams haven’t had such luck.

David Gusman, Argentina’s team leader, was among a significant number of people who experienced the brunt of poor plumbing and accommodations.

We started by testing the lights, the water and it was like the apartment exploded

There were leaks in the walls, on the ceiling, we even wondered if there may have been some sabotage because how else do you explain blocks of cement in the plumbing? It’s a disaster and it’s the same across the village.

Upon arriving, the Australian team refused to move their athletes and staff into their accommodations. There were claims of buildings being still dangerous and uninhabitable.

Due to a variety of problems in the village, including gas, electricity and plumbing I have decided that no Australian Team member will move into our allocated building,

In fact, there have been multiple reports of blocked toilets, leaking pipes, exposed wiring, darkened stairwells and dirty floors.

Fortunately, after two days of repairing and fixing the accommodations the Australian team moved into Athletes Village.

In an effort to mitigate the situation, extra maintenance staff and over 1000 cleaners have been sent out to fix the issues.

Yet, there still continues to be reports of dodgy living conditions. Czech road cyclist Zdenek Stybar posted a video on Instagram just last week on August 5thof water cascading down a stairwell outside his room like a water fall, presumably caused by heavy leakage.

He handled the situation with humor writing a caption that said “Great we have a new shower in the house.”

Hopefully, in the following days these problems get fixed. The last thing we want is a bunch of cranky sleep deprived athletes. 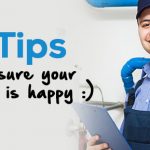 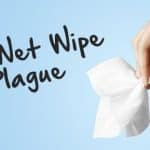