Have you ever noticed a sewer grate and wondered: ‘where does it lead?’ Although the general belief is that it all sewer pipes lead to treatment facilities, that’s not always the case.

Many sewer grates or storm drains as their commonly referred to, are designed to drain the stormwater, untreated, into rivers or streams.

Some storm drains lead to a mixing of stormwater (rainwater) with sewage, either intentionally – in the case of combined sewers – or unintentionally.

Some of the heavier sediment and small objects may settle in a catch basin, or sump, which lies immediately below the outlet, where water from the top of the catch basin reservoir overflows into the sewer proper. The catch basin serves much the same function as the “trap” in household wastewater plumbing in trapping objects.

In the United States, unlike the plumbing trap, the catch basin does not necessarily prevent sewer gases such as hydrogen sulfide and methane from escaping. However, in the United Kingdom, where they are called gully pots, they are designed as true water-filled traps and do block the egress of gases and rodents.

Most catch basins will contain stagnant water during the drier parts of the year, and can, in warm countries, be used by mosquitos for breeding. Larvicides or disruptive larval hormones, sometimes released from “mosquito biscuits”, have been used to control mosquito breeding in catch basins. Mosquitoes may be physically prevented from reaching the standing water or migrating into the sewer proper by the use of an “inverted cone filter”. Another method of mosquito control is to spread a thin layer of oil on the surface of stagnant water, interfering with the breathing tubes of mosquito larvae.

The performance of catch basins at removing sediment and other pollutants depends on the design of the catch basin (for example, the size of the sump), and on routine maintenance to retain the storage available in the sump to capture sediment. Municipalities typically have large vacuum trucks that perform this task.

Catch basins act as a first-line pretreatment for other treatment practices, such as retention basins, by capturing large sediments and street litter from urban runoff before it enters the storm drainage pipes. 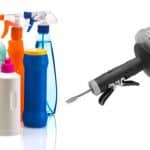 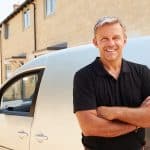