It’s that time of the year folks; it’s almost the holiday season. That means a lot of cooking in the kitchen for guests that will be coming to your home for Christmas. One of the major concerns when it comes to your sinks and the food your cooking is that many people are tempted to throw waste down the drain. It is very important that you never throw waste or food down the drain as it will clog it and it will lead to more destructive plumbing problems in the long run. To prepare you for this upcoming holiday season here are some foods that you should never put down the drain.

The first one is fat, oil, and grease. Do not put any sort of oil down your drain, as well as grease and fat created from cooking. These liquids congeal in pipes, sticking to the edges and clogging your drains much the same way plaque can clog your arteries.

Bones of any kind should never be dumped down the drain. Whether you’re having turkey, chicken, ham, or lamb, don’t put any of the bones down the drain. Large bones will just get stuck and small bones can damage your garbage disposal, leading to problems later.

The next one is chicken skin. Help yourself out and save a trip from the plumber by not putting chicken skin down the drain. The little pieces can stick to the garbage disposal’s blades and the sides of pipes, potentially leading to a clog. Also, when chicken skin begins decaying in the pipes, it can make your kitchen smell horrible. Another type of skin is potato skin. Potato skins are long and full of fiber. That gives them the perfect characteristics to wrap around your garbage disposal’s blades. If you’re peeling potatoes in the sink, use a strainer and throw the skins in the garbage when you’re done. You’re just asking for trouble if you put them down the drain. It will cause a huge mess. Carrot peels are also another type of skin to not put down the drain.

Eggshells are another huge no-no don’t throw those eggshells in the drain. Similar to potato skins and carrot peels. Evidently, the stringy crust on the inside of eggshells can wrap around garbage disposal blades and stick to the inside of pipes. I’m no find an honest plumber, but that definitely doesn’t sound good.

Here’s what you need to do to prevent any headaches this holiday season. Throw everything you can in the garbage rather than shoving it down the drain. Think of your garbage disposal as a backup. Your drains and disposal will thank you. Plus you won’t have to worry about clogged drains. Also, instead of throwing food away, you can compost most food scraps and turn them into fertilizer to grow your own veggies.

To end things off here are some historical and interesting facts about drains. The Egyptians were one of the initially archived civic establishments to have made drainage systems. Water was a colossal piece of their refinement customs, so it was essential to have perfect, sound water. In Knossos on the Greek Island of Crete, The Minoan Palace has four. These frameworks exhausted sewage into inconceivable sewers made of stone – it probably required a great deal of push to construct and alter them. The Romans not just laid solid, straight streets; they likewise made drainage systems in Rome that were known as Cloaca Maxima. Presently, we as a whole realize that the Romans adored their showers, and to guarantee that they delighted in the extravagant drench that they so sought, they required perfect and safe water. 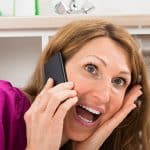 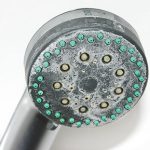