For plumbers and the plumbing industry, wintertime is business time. When temperatures plummet, the plumbing and heating business spikes.

The colder the season, the more heating devices will run, and break down is more likely. If your home pipes froze or your heater broke down, then you are aware that they’ve been handling calls in the evenings and nights.

For Joey Montoya, five days were enough for him to decide to call a professional to look at his heater. The heater was working but not really heating, leaving the Montoya family using extra blankets and a space heater to try to get some warmth. With the heater being about 50 years old, it was time to have it checked. It smelled strange and Montoya’s wife started experiencing headaches.

Upon walking in, the professional smelled spent fuel and flames rolling from beneath the heater. The reading of carbon monoxide was a dangerous 18ppm, but lucky for them no one got seriously ill. The problem with the heater was soot build-up that caused the exhaust to be blocked and hence the flames had nowhere to go except under the furnace. Newer heating units have safety mechanisms that will shut the furnace down in such cases.

Most families will set the thermostat at 74-75, but it’s recommended to keep it at 68-70, as it cuts down stress on the heater and will save on heating bills. However, the better option is to have the filter replaced after a few months.

Over 50% of service calls made for heater issues, according to plumbers, are due to clogged filters. Aside from filters, plumbers say that many other heater problems are that they may need to be replaced or need repairs.

Frozen pipes usually occur where basements are unfinished and pipes are close to outer walls. When pipes freeze, trying to thaw them using open flames should never be done. Hairdryers are a safer alternative. Pipes can break during this period and when they do, shutting off the water and turning off circuit breakers and gas to heaters should be done immediately. It’s easier to wrap your pipes and keep some heat source close by.

Some precautions to take in this chilly weather include reducing the chances of pipes becoming broken. When you’re away for more than one day, leave the thermostat temperature at 55 and shut off the water. Also, change the heater filter at least once a year to keep your heater running efficiently. etobicoke plumbers also advise that you keep cupboard doors that are under sinks open so that the pipes are warmed by the interior. 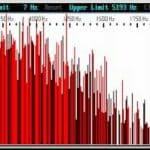 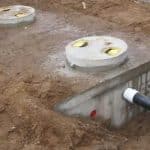