When the freezing temperatures settle in, residents of Toronto often face frozen pipes, which pose a serious problem for their plumbing systems. In this post, we'll be discussing the issues involved in frozen water pipes.

Understanding Why Frozen Pipes is a Problem

When water freezes, it also expands, placing tremendous strain on both plastic or metal pipes. No matter how strong the pipes, when water expands, it can cause your pipes to break. Exposed pipes are most at risk in freezing temperatures, as are outdoor hose bibs, water pipes in unheated interior areas such as garages, kitchen cabinets, attics and crawlspaces, water sprinkler systems, and swimming pool supply lines. If you have pipes running against your exterior walls with little or no insulation, they are vulnerable to freezing temperatures.

How to Prevent Frozen Pipes

It is crucial to winterize your pipes before the cold weather sets in. Here's how:

1. Drain all the water from your sprinkler system's supply lines and from your swimming pool according to the instructions of the installer. Only add antifreeze if you are directed to do so, because anti-freeze is harmful to the environment and dangerous to people, landscaping, pets and wildlife.
2. Drain, remove and store your outdoor hoses. If you have inside valves that supply the outdoor hose bibs, close them. Now open the outside hose bibs to allow any remaining water in the pipes to drain out. Leaving the outside valves open will allow any remaining water in the pipe to expand without placing additional pressure on the fixture or the pipes.
3. Look for any supply lines in unheated areas of your home, such as in the basement, bathroom or kitchen cabinets, crawl spaces, garage, and attic. It is important to insulate both the hot and cold water pipes in these areas.
4. Install insulation devices, such as pipe sleeves, heating cables, or heat tape on all the exposed pipes. You'd be surprised at the difference simple newspaper can make to your exposed pipes.

Prevent Frozen Pipes: What to do when the cold weather turns freezing

1. Close your garage doors if you have water pipes in the garage.
2. Open the bathroom and kitchen cabinets to allow warm air to circulate around the plumbing.
3. When temperatures reach freezing point, allow cold water to drip ever so slightly from the faucets that are served by exposed pipes, as that will help prevent pipes from freezing and bursting.
4. Set the thermostat to the same temperature during both night and day. You may save money by lowering it during the night, but having to repair burst pipes and flood damage will cost a lot more than keeping the temperature stable.
5. Leave your heat turned on to a minimum of 55° F if you're going away during winter.

If you suspect a frozen pipe due to the fact that no water or only a trickle comes out when you turn on the faucet, it is important to leave the faucet in the open position. Water will begin to flow through the frozen area when the ice starts to melt. We strongly advise against using blowtorches or any open flame near-frozen pipes. Rather call Anta Plumbing to thaw your frozen pipes for you. 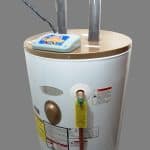 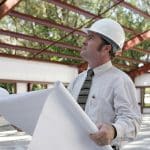