Today, HDD has gained popularity and is often the preferred method when it comes to installing underground utilities ranging from water, gas, sewer, telephone, electric, etc.

Horizontal Directional Drilling is equally important for installing environmental remediation wells, regardless of the type as shown below. 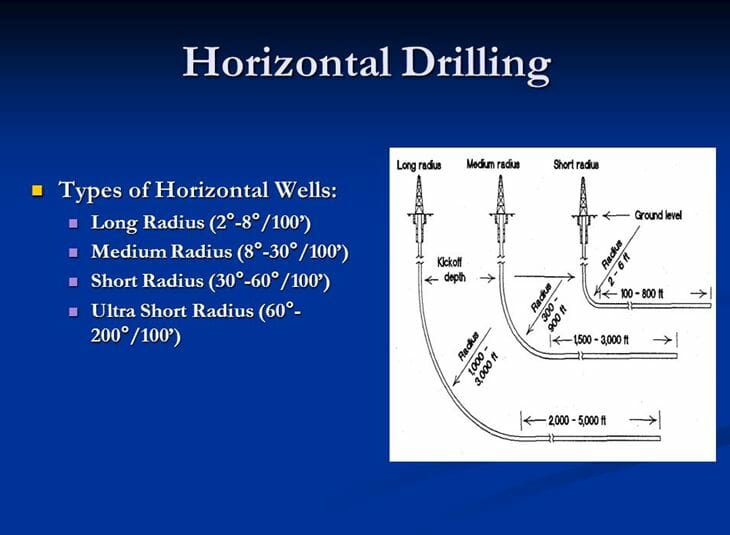 If you’ve been looking for the practical idea of HDD, what it’s about, how it works, and the equipment used, we wrote this article with you in mind.

HDD differs from the conventional drilling approach, which goes down in a straight line. The drill bit, pipe, and even the drillstring all go vertically — and it’s popular when drilling for oil and gas.

The moment the driller drifts away from the 180-degrees direction, that’s technically directional drilling. Although directional drilling techniques have been in existence for almost 100 years, it only started going mainstream and it’s now used by small and very large engineering firms.

With the advancements in technology, angles, underground distances, and turns covered are great milestones of engineering.

It’s become possible for ERD experts to cover more than 10 kilometers/6.2 miles down the earth.

Truly, the directional possibilities of HDD are endless. You may have seen diagrams and illustrations with tree roots depicting the rig. We can compare the branches of roots to multilateral-type of drilling. But let’s focus on HDD.

What is Horizontal Directional Drilling (HDD)? 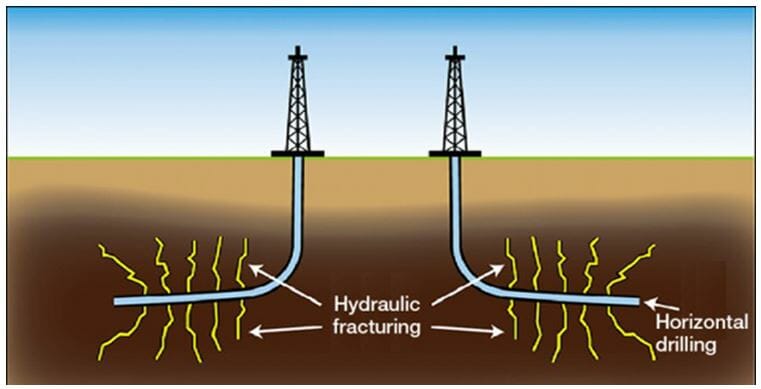 HDD is an engineering practice that makes it possible to install utilities underground to the ground surface without drilling through the heart of the earth downwards.

A pilot will bore into the ground and when it reaches an angle (specified based on the nature of the ground), it levels out at a specified depth.

When the specified depth is reached, the pilot will then be able to bore horizontally to a destination point — and the drill will be redirected to an angle where it exists the ground.

Directional drilling covers any engineering and boring activity that doesn’t extend vertically down the ground.

Although in a vertical well, there are cases where it’s necessary to change course — to bypass a geological formation or deviate from a previous stuck pipe.

The driller can return to the original route later, using sidetracking techniques — which is another flexible form of directional drilling.

Why is Horizontal Drilling and Boring Valuable?

The same rig can be used to drill multiple down holes, to minimize every form of surface disturbance and its impact on the environment.

Given that these boreholes can go as deep as a mile down, and even more than five miles down the ground at shallower angles.

When it’s an oil field that’s made up of dispersed deposits, engineers can use a large radius to better maximize the expensive asset (i.e., the rig). Rigs and crews can cost quite a lot — with day rates running into hundreds of thousands of dollars.

One rig can cover between five and ten square miles. This can be cost-effective when compared to drilling several vertical rigs, which may not be utilizing the same accessible reservoir deposits.

That being summarized, it’s time for us to examine the benefits of Horizontal Drilling and Boring. If you’re ready as I am, let’s dive right in.

Here are the Benefits of Horizontal Drilling and Boring

HDD offers tremendous benefits than vertical drilling. Although both methods apply to different scenarios. So, let’s look at some of the main benefits why HDD is gaining popularity already:

Horizontal drilling and boring have been used over the years to minimize the surface footprints and complexities of a drilling operation.

A few years ago, the University of Texas at Arlington was celebrated and featured in the national news for successfully drilling 22 wells using a single drill pad that will drain the best natural gas from 1,100 acres beneath the campus.

It’s projected that in a 25-year lifetime, the wells are estimated to yield about 110 billion cubic feet of gas.

This is a very vital drilling and boring technique that has dramatically minimized every trace of footprints associated with natural gas development within the administrative and campus areas.

To ensure that wells yield more in a fractured reservoir, the engineers have to drill in a direction that intersects the fractures at its peak. In this case, the right angles will be the drilling direction, concerning the dominant fracture direction.

Geothermal fields in granite bedrock will likely generate all of their water exchange via the fractures, which are classified differently. 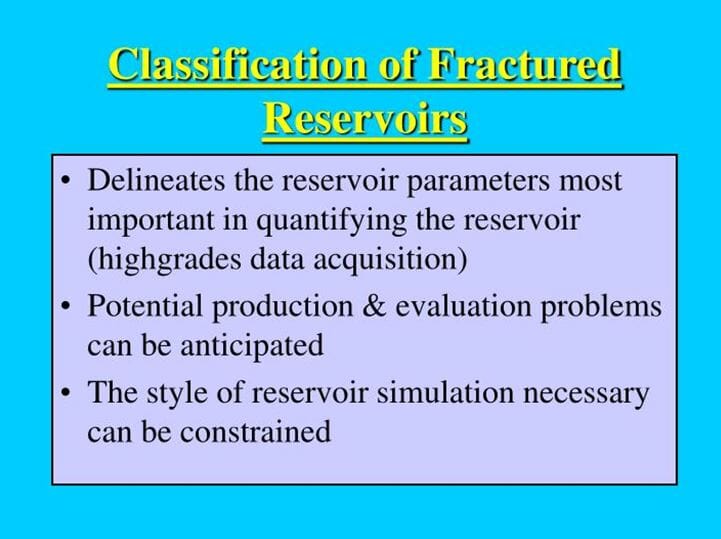 That’s why it’s important to drill at right angles to the dominant fracture direction — to prepare and drive the well through the highest number of fractures.

Vertical drilling has its downsides. For one, there are targets it can’t hit in the ground. That’s why engineers prefer directional drilling because it’s more flexible and oftentimes, it’s quicker.

There are times when a reservoir needs to be constructed under a city or a park where any form of drilling is forbidden. But the good news is that horizontal drilling can help to fix the issue.

This reservoir might still become a reality if the drilling pad is located on the edge of the city or park. This can be achieved by drilling at an angle that will intersect the reservoir

Another benefit of horizontal directional drilling (HDD) is that it increases the length of the “pay zone”, especially within the target rock unit.

Suppose a rock unit is about 50ft thick when a vertical well is drilled through it, there will be a corresponding pay zone of 5oft in length.

On the other hand, if HDD is employed to break through the rock unit for 5,000 feet, then we can expect a pay zone that’s 5,000 ft long for that single well.

So longer horizontal drain hole enhances the exposure of the pay-zone, as illustrated below: 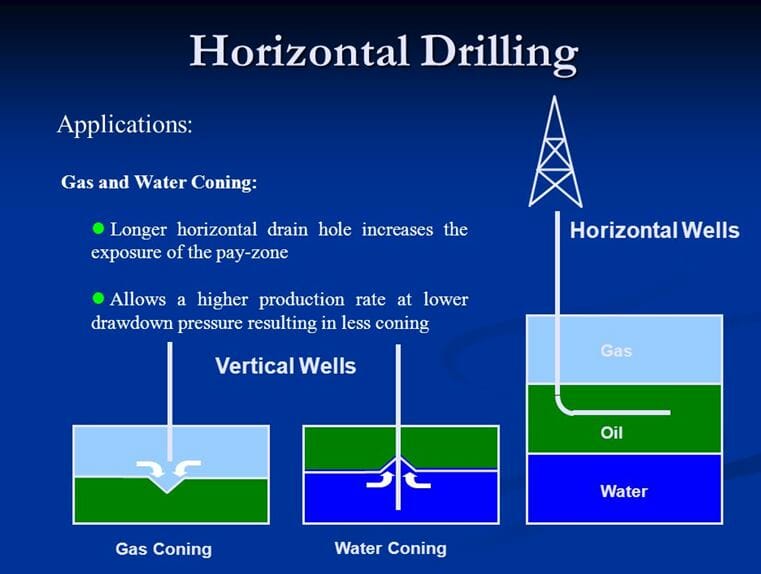 This will dramatically increase the productivity of the well. More so, when hydraulic fracturing is introduced, horizontal directional drilling can transform unproductive shales into fantastic reservoir rocks.

Let’s examine some of the modern HDD equipment that makes the work a lot easier for engineers. Just like vertical drilling, HDD has its set of specialized tools — which are manned by the specialists.

1). Specialized drillbits: These are mostly used to enhance performance and minimize failure. Schlumberger is a global engineering brand that supplies directional PDC drill bits that are used for both push- and point-the-bit rotary steerable systems. 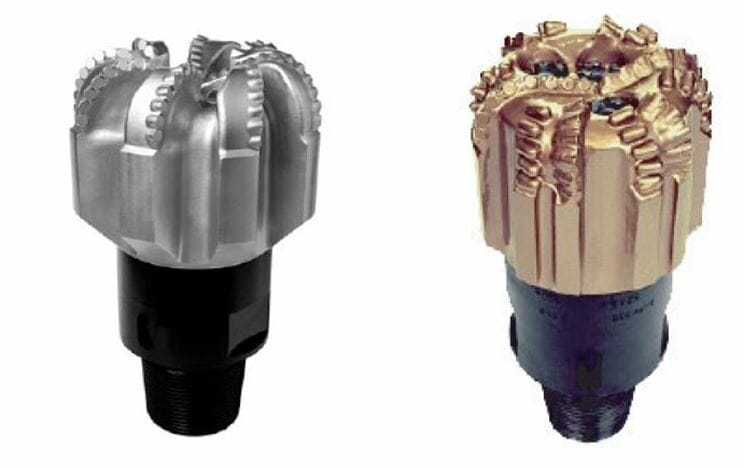 Horizontal Technology, Inc. equally provides ‘Varel High Energy Series bits.’ These are designed to be unique, due to the rigorous conditions of horizontal directional drilling.

The drillstring will stop rotating when the appropriate depth is reached — then drilling fluid is injected or pumped through the mud motor. This drilling fluid will cause the drill bit to start turning as a result of the applied force.

But there’s more to this. Due to the mud pressure, the drill bit is pushed into a different angle, which then begins to chop into the formation at an angle to the central well trajectory.

The sensors will then authenticate that the drill bit is pointing in the right direction — thereby allowing the drillstring to start turning.

3). Rotary Steerable Systems (RSS). When it comes to directional drilling using the mud motor, it’s often recommended that the drill pipe is slid forward while it’s not moving.

A rotary steerable system performs a multitask of drilling and steering at the same time. This makes it possible to access previously inaccessible.

5). Multi-Shot cameras: These powerful cameras are carefully fastened inside the drillstring. They take regular photos in a time-lapse setting.

The engineers at surface control can ascertain exactly what’s going on in the ground by looking at these photos, which by the way, must make it to the surface control the moment they’re taken. 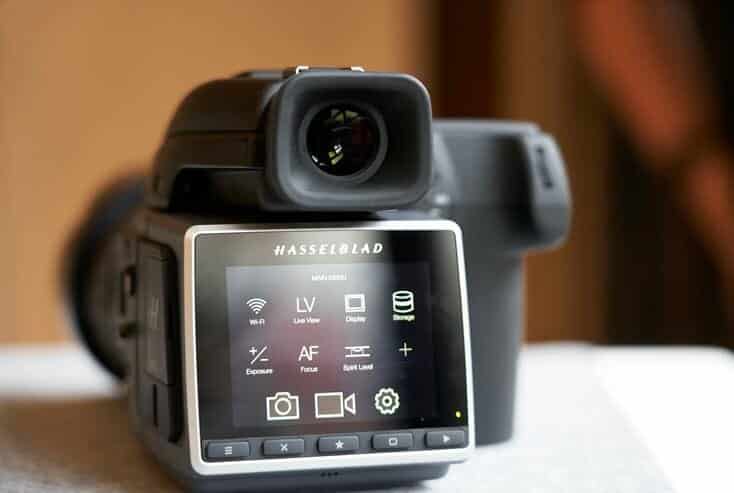 6). Custom whipstocks: This equipment that functions with downhole motors don’t need removing and remounting in between drilling. These are an improvement on the outdated equipment.

Since the traditional method requires removing the drill bit at regular intervals, Custom whipstocks ensure that the bulk of the time is spent drilling.

7). Networked or wired pipe: To easily transmit data from underground sensors back to the surface control, The Intelliserve system from National Oilwell Varco seems to be one of the trusted broadband networked drilling string systems.

There you have it, a list of the specialist Horizontal Directional drilling equipment. There’s also the three-dimensional measuring equipment such as the MWD, LWD, etc.

Truly, the majority of horizontal drilling tasks are done to achieve a good goal — not to cross borders of ownership or sovereignty. For this to be possible, sometimes, HDD is the only drilling method for tapping a reservoir.

For example, drilling under a nature reserve or town. It can be cost-effective to drill under a salt dome or mountain.

All in all, horizontal drilling can provide a better way of maximizing extraction by hitting optimal targets of a reservoir. 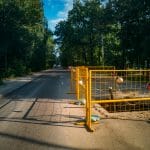