What does Oprah Winfrey do when she is not busy interviewing celebrities or meeting her high profile associates from different parts of the world? Well, anyone who has a decent internet connection has recently come to know that Oprah is also good at fixing her own plumbing issues.

As all of you know, Oprah Winfrey is a multi billionaire with the credential of hosting the world’s most popular talk shows ever. She has been an Academy Award nominee and presently owns her independent magazine and television network. However, in the month of January, 2014, Oprah hit the headlines for a reason that was hitherto unknown to millions of her fans across the globe. Gayle King, Oprah’s long time friend, shared an image on Instagram where Oprah is seen engaged in fixing one of the lavatories in her home at Maui. In addition to being a close friend of Oprah Winfrey since 1976, King is also The Oprah Magazine’s editor at large, and a co-anchor of ‘This Morning’ from CBS. While sharing her long time friend and business associates picture in Instagram, King also used the caption ‘Stars they are just like us @Oprah at her other job plumber ….who knows how to fix the toilet.’

It is a known fact in the entertainment fraternity that Oprah has never been averse to hard work and believes in fixing things at home on her own. Interestingly, Oprah is known to have four mansions, one farm house, and a deluxe condo. We could not find out what was the problem that forced Oprah to take things on her own hand. Also, it was not possible to find out whether she managed to fix the toilet. However, it appeared to be small plumbing problem which Oprah decided to fix on her own.

Later on , ‘The Butler’ star with a net worth of approximately $2.9 billion solved the mystery herself while attending the 2014 Critics’ Choice Movie Awards. Insisting on her domesticated nature, she mentioned that she has recently repaired the toilet of her partner Stedman Graham. While talking to the reporters, Oprah said, ”When you go to flush it and it didn’t, there’s a little chain that connects to the little line thing that’s gonna connect to the bubble. When the little chain falls down and it drops, then you cannot flush. But if you pick that chain up and you put it in the right little spot, then it flushes.” Boasting upon her plumbing skill, Oprah added, ”So I figured that out because Stedman’s toilet was running and I wanted to fix his without calling a plumber. So what I did, I went around and took the tops off of all the other toilets, to see what that was doing, and then I figured out what was missing. It was the chain.”

In addition to the lighter side of this entire story, Oprah’s tryst with plumbing certainly has a serious lesson for all of us. With the social status and the amount of money Ms. Winfrey has earned over the years, there was no reason for her to get her hands dirty. However,  as they say,  doing a job correctly is sometimes about doing it on your own. Oprah has just done that. 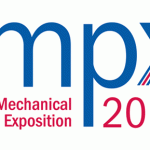 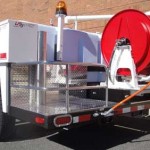