Burst pipes bring with them potential expenses in damages and messes that need to be cleaned up. Generally caused by frozen water lines, nobody wants to experience burst pipes, yet Toronto plumbing companies start getting call outs the moment the temperatures start dropping, and customers start asking “Why did my pipes freeze?!”

Basically, the water that comes into your home’s plumbing from outside is much colder during winter than it is during summer. This, combined with freezing temperatures cause the pipes to contract, causing leaks in weaker areas.

Unfortunately, it is impractical to heat up the ground temperature around your home, so you can’t control pipe contraction. All you can do is to take care of your actual plumbing system in order to prevent your pipes from becoming frozen and bursting.

Use the following tips from Anta Plumbing, your Toronto plumber of choice to prevent frozen an burst pipes:

In the far end of your home, or in an unheated area, allow one or two faucets to run slowly when the freezing temperatures set in.

2. Warm up colder areas of your home

If pipes near the outside wall or window tend to freeze, direct warm air to that area. Work from the basement up and look for any exposed pipes that you can insulate.

Your bathroom basin and kitchen sink will usually be against an outside wall. Open the cabinet doors to allow warm air from inside the house to warm up the piping. The faucets on these fixtures are also the ones you should allow to drip.

Toronto plumbing suppliers sell heat tape, a product that can be installed to warm your pipes during cold temperatures. If you’re a DIY whiz, you could probably install it yourself, but a licenced plumber can advise you on the bests practices according to the City of Toronto plumbing code.

Gaps in the walls around pipes, dryer vents, electrical wiring, doors and windows can allow cold air to seep into your home. This is a problem, as severely cold weather, the tiniest gap can result in frozen pipes, but it can also affect the energy-efficiency of your home. Seal all those gaps using caulk or insulation to prevent these issues.

Ensure that your indoor temperature never drops below 32 degrees, particularly in rooms where your plumbing lines are located. Some people turn off the heat when they go away for a few days in order to save on heating bills, but this is a bad idea, particularly if freezing temperatures are expected. At the end of the day, if you turn off the heat to save energy while you’re away, you may end up with much higher costs, in terms of burst pipes that cause a lot of damage. Not only will you have to pay for repair costs, but you may lose things of sentimental value that can never be replaced.

Still worried about your plumbing and wondering how you can prevent your pipes from bursting? Get in touch with Anta Plumbing. 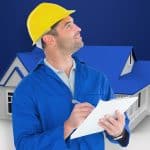 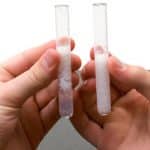