Leaking faucets and burst pipes don’t always always make a grand entrance. Most of the time we don’t notice them until they make their appearance in the form steep spikes in our water bills. If your water bill has suddenly increased, you may have to call your Toronto plumber who specializes in burst pipes, roots in drain and other drain services.

What Causes Leaks and Burst Pipes?

Wear and tear is the most common cause of leaking faucets, running toilets and even burst underground pipes.

Leaky Faucets: Sometimes, a small valve inside the mechanism can break off, causing a small leak that may go unnoticed for months.

Running Toilets: Toilet leaks are also common and usually cause the toilet to continue filling up. The stream might be so negligible that it can’t be seen by the naked eye.

Burst Pipes: Pipes start to deteriorate almost as soon as they are installed and most homes require the entire plumbing system to be replaced every fifteen to twenty years. Roots in pipes is another common cause of burst pipes and underground leaks in Toronto.
Leak Detection Methods

Sometimes, finding the leak is the biggest obstacle, especially when you don’t see any dampness on floors, ceilings or walls. Follow these leak detection steps to determine the cause of your increased water bill.

To test if your toilet is leaking, add some blue food coloring to the tank and don’t flush it. Return to the toilet in half an hour and look inside the bowl. If there is blue water inside the bowl, your toilet tank is leaking water into the bowl and you will have to call a master plumber Toronto to fix it.

The next step requires that you find your property’s water meter. It will have a number that runs as water is used. Once you have found the meter, walk around your property, both inside and out and shut off all the faucets, as well as your heating and boiler. Return to the meter and see if the number is still running, in which case, you will have to contact a City of Toronto licensed plumber.

Over time, small cracks form in the walls of the underground pipes of your property. Plant and tree roots make their way into the pipes, blocking it and causing leaks. However, that’s not the only cause of leaks in pipes.

During the cold winter months, pipes contract and expand due to the weather and from being used. Eventually, they break, especially at the joints. Unfortunately, apart from finding wet spots, there’s not much more that homeowners can do regarding leak detection for burst pipes or leaky pipes. Your best bet would be to call a professional plumber.

When all else fails, we suggest you check out some Toronto plumbers reviews online to see which plumbers offer the best plumber gigs Toronto.

City of Toronto licensed plumbers use specialized leak detection equipment which quickly and efficiently leads them to the source of your problem. They can then get to work to repair the problem and advise you on ways to prevent the same problem from occurring again. 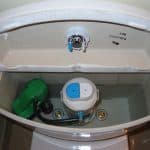 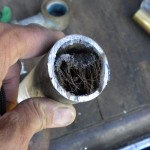