It seems Lindsay Lohan cannot flush everything down these days. She caused plenty of drama at the site of the Scary Movie 5 shooting that included taking off with the wardrobe, complaining a lot about the movie script and insisting on going to the movie set in a private plane. In addition to all that, the fall shooting had more Lindsay-linked drama to deal with. She apparently caused more drama and accomplished the amazing feat of closing down all the bathrooms on the set for almost two days.

So how did she manage to do that? Lindsay clogged a toilet located in her trailer and since the other trailer toilets ran on a similar connected system, the other toilets stopped working. As a result, no one in the trailers could use their bathrooms. The mess took at least 1 day (a day and a half) to clear and clean it up. The movie production was behind schedule and Lindsay did not make any fans out of the movie’s crew or her co-stars. Poor Lindsay!

Engage plumbers in Toronto to clear your plumbing messes this holiday season. 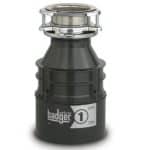 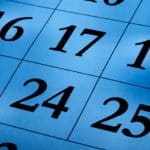