A new way to measure rainfall was announced by Dutch researchers. It can now be done by using mobile phone networks as plumbing services has found out.

Aart Overeem, at the Royal Netherlands Meteorological Institute is the man who looked for an alternate way to measure rain. Traditional rain gauges used in rain measurement have been depleted over the years, making collection of data difficult.

According to Overeem, researchers have been toying with the idea of using microwave radio connections that transmit phone calls in measuring rainfall. He said that it has been widely known that the rain can influence signal strength in telecommunication. The late 90s saw some of his colleague researchers show that the strength of signals become weaker when there is rainfall.

He explains that for radio links, the electromagnetic signals typically travel from the antenna of a telephone tower and goes to the antenna on another tower. So when rain begins to fall, signals get weaker. The more the rain droplets, as well as the size, the bigger the decline in the signal power received at the end of the microwave link.

Overeem carried out tests for 12 days. He then compared the mobile phone network data with that of rainfall data gathered the traditional way. The results of the study were published in the Proceedings of the National Academy of Sciences. The results showed that the data collected via phone networks was quite accurate.

Overeem however, notes that more research would probably be needed to ensure that reliable and accurate rainfall maps were received the entire year. He says that once the additional work was done then the new technique of measuring rainfall would spread very quickly.

The case of Africa was cited as one of the regions that would benefit, as mobile phones were accessible and telecommunication networks and infrastructures were in place, but rain gauges were limited.

Countries such as Australia, U.S. and those in Europe that possess weather radar, could use the microwave-link information collected to better adjust the radar images of rainfall. Weather radars provide very detailed measurements, particularly over large areas and are quite useful and can be used in the management of responses to such concerns as floods.

Plumbing Toronto has learned that the researchers’ hope is that using the phone data will receive the approval of phone companies so that information is made available to all. 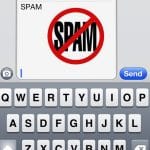