The bone-chilling temperatures being experienced in Toronto has claimed the life of one man. Licensed plumbers, as the rest of city residents, have been shivering in these harsh winter temperatures hppenings in the entire GTA region due to the cold weather conditions that we continue to face.

The homeless man, found on Markham Road around the Scarborough area, was hypothermic and had no vital signs. He was taken to hospital where he died.

The harsh winter weather has continued to affect many activities. Monday saw at least 18,000 residents of Winnipeg receiving no mail as Canada Post delivery trucks would not start. After the beautiful summer experienced, it seems the weather gods have decided to show their strength and have come back, according to Sara Fraser of CBC. She said that the temperatures were normal for the time of the year.

Charlottetown saw -14 C on Tuesday morning with winds later that day causing a chill factor forecasted to be around -20 during the week.

The licensed plumbers has learned that staff at the city’s homeless shelters had opened 172 shelter spaces from Monday for people who may have been caught out in the chilly cold weather. Montreal shelters are operating beyond their capacity with temperatures forecasted to get to -38 C at some point in the week. A number of shelter services are driving through the city picking up those in need.

Drivers have been warned to be extremely careful as the winter conditions will be affecting roads. Motorists in regions such as Hillsdale, Collingwood and Barrie were told to be ready for near-zero visibility and snow squalls on roads and blowing snow. Northern Ontario is receiving an Arctic air mass that has led to wind chill notices being issued. The gusts of about 15 km/h are expected to cause values in the morning to dip to -55 with daytime going to -45.

Ottawa had a better time with -15 C highs and -19 C for afternoons. For Quebec highs, -17 C with wind chills during the morning hours at -30 C. Environment Canada has issued warnings saying the bitter weather will spread to central Quebec with the St. Lawrence valley expected to experience the persisting conditions through the week.

The Toronto licensed plumbers advise that we stay in as much as possible, huddle up and shiver it out until it passes. Ensure your heating systems are working and in case of problems call those who will help. 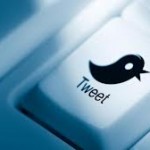