The holidays are never short of news and incidents that need some plumbing action. Our Toronto plumber team has these two to share with you.

A primary school in Bilston, West Midlands, Canada, was closed following flooding after the school’s plumbing was totally stripped. Loxdale Primary School was burglarized on Sunday night with the burglars removing all the school’s plumbing, which forced the school to be closed for repairs till 7th January. The burglars stole the piping that holds the plumbing and the roof tiling. Flooding affected the hallways, classrooms, and offices and the cleaning to be done and the replacement of the piping will take many weeks.

Damage done affected the Christmas party and it had to be held at a church hall. The town officials were troubled that the burglars disrupted the education of many children and they were only thinking about their financial gain.

Teachers, the community, and staff were outraged at the burglary, as well as their insensitivity. The extended break is good news for students. For parents who are working it creates a dilemma.

A number of Lakeside families have been displaced following a fire that burned their apartment complex. The families have spent their nights in hotel rooms. One of the tenants said that a plumber had been working on the plumbing in their kitchen and the insulation caught fire. The worker from a company called Pride Plumbing did not have an extinguisher. The tenants, Steven Garcia, and her fiancée say the plumber was breaking the wall and punching holes. Garcia said that he tried to help but the fire spread too fast. The fire burned three other units.

The Winter Gardens Terrace condominiums were the scene of the fire. One of the units got smoke damage and the owner said that they incurred some costs to have someone help to clean the place and Christmas gifts had to be returned. The families now have to do with hotel rooms, for which the plumbing company paid for two days. However, the insurance company of the plumbing firm declined to let them continue playing. The affected families say that they need someone to help them and since the company worker caused the fire they should take responsibility.

Plumbers at Your Service!

Next time, contact expert plumbers for your plumbing problem to avoid such extreme destruction to your property and others. Don’t make the news for the wrong reasons. Toronto plumbers will professionally, and safely, handle any plumbing problem. 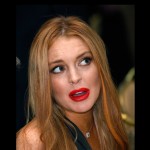