Plumbing drain sounds are the key to diagnosing many different issues. Master plumbers can often diagnose a plumbing issue right away by just listening to the plumbing system's noises. Today we're going to discuss the most common plumbing noises to help you understand what might be causing them.

Strange noises emanating from your drain system could indicate partial blockages, issues with drain venting or even a septic system that is reaching the end of its lifespan.

Some noises are normal, even though they could be somewhat annoying. They could often be repaired with simple noise transmission control and sound insulation applications. However, some noises may indicate a more serious issue that requires immediate attention from a master plumber.

Finding the Source of Plumbing or Drain Sounds

Experienced, City of Toronto licensed plumbers have years of experience and know exactly how to detect and diagnose the source of drain sounds. They are very familiar with these issues and will know how which steps are required to quickly repair the problem.

Use these tips to detect drain and plumbing sounds:

Is the sound isolated to one fixture, or can it be heard around all the fixtures? If it is the whole building, it could be a system drain problem. The building may only have a single inadequate vent system, or perhaps no vent at all.

Should the sound be isolated to a single fixture, the problem could be a blockage or perhaps a vent issue located in one of the rooms that have drain or vent piping.

Inadequate or blocked vents will slow down the drains and result in a noise. However, if the drains don't empty particularly slowly and there is gurgling at the basin when you flush the toilet, you may want to take a look under the basin.

An S-type trap may not be vented, which causes the toilet to try draw air into the drain line.

A P-trap is usually vented, but any piping that is not standard will require that you call a Toronto plumber.

If there is a vertical plumbing drain line that passes up from lower floors and out the roof, the building probably doesn't have sufficient vents.

You can also look from out outside your home for plumbing vent pipes that poke out through the roof. If you see one in the area where the baths are, but you don't see a vent stack pipe near the kitchen or laundry, those rooms may lack proper plumbing vents.

Blocked vents could cause gurgling sounds or poor drainage.

5. Check your sound isolation and insulation

If the sound is heard throughout the whole building and not just in one room or near one fixture, it is probably due to poor insulation.

Check your septic system for any signs of odors, blockages or backups. If you see effluent breaking out to the surface, or if you notice smelly soffy or muddy areas, there may be a problem with your septic system. It may not be accepting waste consistently.

While some of these issues could easily be repaired using DIY techniques, you may need to call a professional plumber to look at serious issues. City of Toronto licensed plumbers are highly skilled in detecting and diagnosing plumbing noises. 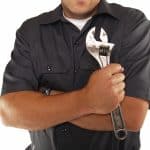 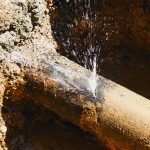