E.coli in the bay waters. This problem has been a buzzword for months. The problem is progressing into a large pyramid of layered issues.  Stay abreast of news breaks and legislation ideologies with us. Together the people will develop a solution to the problem.

Up from the floods

Floods are frequently the culprit in bacteria outbreaks across water bodies. With heavy flooding in the spring of this year, Toronto’s building lake bacteria problem increased. In many places, tests from July extending have ruled the beaches unsafe to swim in.

While tests have been mandated, funding is becoming a problem for beachfront attractions. During July, Hamilton Harbor attempted to host a Beach Crawl to drum up funds to reopen some of the beaches. Still, some of the beaches remain closed indefinitely, with the Beach Crawl dissolving into a promotional campaign.

The scope of the problem

Water encompasses the health of a city entirely. In the wake of these E.coli levels, some grocery goods have been recalled to avoid a public health crisis. Water contamination affects the air itself. Everything from grocery to bedding is contaminated when water in a city is polluted.

Sewage and the Counter Actions Required

Reports dating back to May state that the flood-swollen sewage seeping into the lakes is the main factor in the spread of this epidemic. While this is a consistent concurrence, you will be given 10 different answers for each of 10 engineers you speak to about a solution. The solution is not to simply spend more on sewage operations. Sensors and other tech innovations have been placed in manholes and pipes to monitor the leakage.

Aggressive action has been taken since these reports to implement sewer separations. Sewage bypasses are in the works to minimize overflow. A completely new system will cost an average of 2 billion dollars to implement. Funding will take 20+ years to accrue at the current rate of availability. This poses a significant problem because master plans for city water reparations must be implemented once every 10 years to be optimal.

As of the middle of August, the Toronto and Region Remedial Reaction Plan has reported a significant improvement in the areas of concern for Toronto’s bay area. This plan has worked to essentially reduce a significant amount of the water’s turbidity and objectionable deposits. The status of impaired has been changed to unimpaired as of this report’s filing.

While the report looks at a positive increase in our water efforts, there are still significant problems. While the status of the water’s aesthetics and bacteria/metallic counts might have gone down, there were still large portions of trash located in the rivers surrounding the bay. There is still the problem of the massive funding gap needed to implement the master plan for the next 10 years.

RAP’s recommended action course is simple solutions. Toronto should work with RAP to implement more monitoring programs. The master plan must continue to be balanced from all three tiers of government. Infrastructure for water improvement must continue to be restored to see significant changes. Shoreline cleanup must be instituted to see a sizable impact on the trash situation. Community outreach programs like Yellow Fish Road must be supported to see awareness for the effect on water increase.

All of these plans are logical. The trouble is there is such a wide gap in the funds needed to see the plans become reality already. The water seepage problem seems to be the size of an elephant. We have controlled the floods for now, but with Hurricane Irma bringing new storm systems to the Atlantic seaboard, we may see the outlying floods increase the existing problem. The precarious balance of control and impairment is a hair’s breadth from tipping in this situation.

Unless the community works together.

How to eat an elephant

If left unattended, our water problem will become uncontrollable. The city government cannot flush funds to the growing need for a master plan. That’s where the non-profit sustainability projects come in.

How do you eat an elephant, ladies, and gentlemen? One grant at a time.

Our solution comes from plumbing companies and the community owners of them teaming together to donate materials for infrastructure institutions. Company grants donated to community projects like Love Your Lake and A Greener Lake will put the right resources into the hands of those who can move faster than the government to provide cleanup crews, water tests, and repairs in areas that belong to the private community.

An investment in your future

Plumbing companies local to Toronto may be in the competition via sales, but water conservation is where you come together. Donating to local group efforts and hosting councils of your own is essentially an investment in your own future. As plumbing businesses, you cannot continue to operate with water conserved for the future. Water is the immutable factor that must be consciously given back to the community or there will be no development in any sector of Toronto’s progress. The air, the soil, the agriculture products all depend on the sanctity of the water.

As individuals, see to it that your own vested skills and interests contribute to the conservation effort. If nothing else, several individuals with shared tools can rebuild a city faster than groups and initiatives ever can. 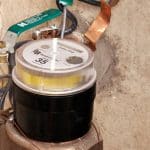 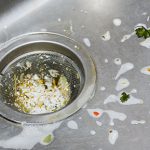