A urine-filled jam container was found concealed in the plumbing of the Titans Stadium dressing area. The Australian Sports Anti-Doping Authority was given the jar according to the Gold Coast Titans. Toronto plumbers bring you this story.

The police said that the jar was found hidden in the infrastructure at a dressing room when they were carrying out bomb detection exercises at the Robina stadium belonging to the club last week.

This comes after details of an investigation report were released by the Australian Crime Commission that said that drug use was quite widespread in Australian professional sports. The investigations had been conducted for a year.

David May, Titans CEO confirmed the incident saying that the jar may be more than 5-years old adding that many teams have used the room.

May said that the most important thing was that the jam jar filled with urine had been found. It was hidden in a stadium dressing room inside the plumbing and it has been handed over to the Australian Sports Anti-Doping Authority (ASADA).

The Titans CEO said that the place for the investigation to be done is the ASADA as they would provide information as investigations are done. The tests on the contents of the jar will be done and released at a later date though a time limit has not been set.

David Lloyd, the stadium manager at Robina said that when the police found the jam jar they did not tell management of the incident.

Lloyd noted that the jar could have been there for years. It is thought that the jar had been left for use by athletes who were not drug free when they came up for random testing.

Titans CEO May, said that the club had a zero-tolerance rule on drugs, which it strictly enforces. He said that he was confident that the club was completely compliant with the standards regulated and set by the agencies that deal with anti-doping issues.

May referred any questions asked to Stadiums Queensland.

Michael Voss, the coach of Brisbane Lions said that he was confident that his team was drug-free.

The Lions players, like all other AFL teams have to undergo random tests and also have their own internal codes and team doctors. Voss said that the issue should be closely scrutinized for all players under the board so as to ensure that they were free and clean of drugs. He said that though the players were aware and all were aware and that everything had to be passed through their team doctors.

Anta Plumbing will track the developments for you. 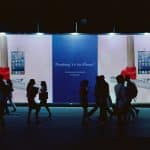