Few things are as disgusting to homeowners as a clogged kitchen sink. Kitchen sinks drains are problematic, because they generally consist of a 2″ pipe, exiting into a 3″ pipe. This type of infrastructure leaves little room for unnatural objects, grease and grime to build up.

Signs of a Clogged Kitchen Sink

Plumbing problems should be stopped in their tracks before they cause bigger issues, such as complete block-up or worse, burst pipes and overflow. These are some of the early signs that indicate a possible clogged kitchen sink:

It is easy to notice the difference in draining speed of your sink.

2. Gurgling when you empty the sink.

In double sinks, when the plug pops out of the adjacent sink when you are draining the one side.

Don’t let small objects, such as bread crumbs, tea leaves, rice go down the drain, as they accumulate on the S-bend. After a short while of doing this, a back-up will occur. Rather use food stuffs to your garden compost.

Never let things that swell when mixed with water, go down your drain. These substances are the nemesis of drains, causing terrible grime. Things to avoid include rice, flour, cornstarch, gelatin, pastry scraps and semolina. Potato, or potato peelings swell quickly, therefore, do not let potato go down your food disposal unit. It does not chop it up finely enough, and becomes stuck in the pipes.

Avoid pouring fats down your drain, as it congeals and solidifies when it is cooled down inside the drain. Rather let the fat cool down and dispose of the solidified fat in the garbage bin.

Worse Than a Clogged Kitchen Sink

Having a clogged kitchen sink is bad enough, but have you stopped to consider that there may be even worse consequences to the way you use your kitchen sink?

Of course, sometimes things accidentally go down the drain. This can be avoided by using drain catchers to prevent foodstuffs from going down the drain. Even better, use vegetable scraps and tea leaves to compost your garden.

When your drain is clogged, call a reputable plumber rather than following all the other tips on the internet. Many of those tips are opinion based, with very little knowledge and experience, and may be more damaging, or even downright dangerous. Rather call a professional, qualified plumber who has experience in unblocking a clogged kitchen sink. 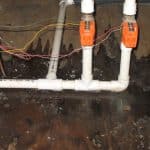 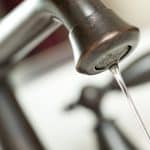