Hard water is common in large parts of the country. Rainwater is soft and free of minerals, however, as it travels through rocks, soil and sand, it picks up minerals and becomes hard. Therefore, hard water is high in mineral salts, such as magnesium and calcium ions. Measured in grains per gallon, it is rated on a scale from 1 to 10.

Hard water leaves a white film on your dishes; makes it difficult to get soap, shampoo, and detergents to foam, and can lead to trouble with your plumbing system as it packs onto the inside of fittings and pipes, leading to clogs.

But what does hard water do to your health?

According to a professor of medicinal chemistry at the Western New England University in Springfield MA, research into hard water is rather murky. Literary evidence is conflicting, with some scientists believing that there are health benefits to hard water, and others believing that it is harmful. There’s another group that claims that there is no effect at all.

Those who believe that hard water is beneficial to human health, base this upon the fact that it contains calcium and magnesium. Therefore, they believe that hard water may address some dietary insufficiencies to improve conditions such as high blood pressure and osteoporosis, which have been linked to calcium deficiency. Magnesium in hard water is said to be beneficial in treating deficiencies that cause Type 2 diabetes and cardiac arrhythmias.

According to the NIH and WHO and a large contingent of experts who attended a summit on the safety of the world’s water supply, hard water has no adverse health effects and while it has a protective effect on the heart, other findings will require more study. However, the NIH addressed the epidemiological observations between drinking hard water, growth retardation, reproductive failure, and the risk of cardiovascular disease. They observed that factors such as the acidity of water have an influence of the reabsorption of minerals such as magnesium and calcium in the body.

In a more recent study by Pallav Sengupta and published on the NIH website (Potential Health Impacts of Hard Water, 2013), the author examined accumulated evidence over five decades. His study finds that while individuals are generally protected from excess calcium intake by a special absorption mechanism in the intestines, the body has a harder time excreting excess magnesium, and therefore, excess magnesium intake may have a laxative effect.

As for a link between hard water and cardiovascular disease, evidence is inconclusive. The study did however show that magnesium has a significant protective effect on the cardiovascular system.

Studies in both the United Kingdom and Japan found a link between an increase in atopic dermatitis in elementary school children. Other studies found that soft water is preferable to hard water in the prevention of kidney stones, most of which are made up of calcium salt.

While the evidence of the effects of hard water on human health across the various studies is conflicting, one fact remains: hard water causes much inconvenience. It makes it harder to clean dishes and it leaves your hair dull and your skin dry. Consider calling Anta Plumbing to test your water, and, if it is hard, installing a water softener. 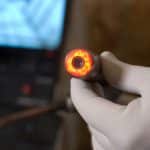 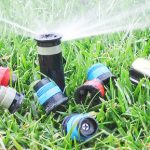