Hard water is characterized by a high concentration of minerals such as calcium, magnesium and manganese. When there is an increased presence of these minerals in water, displeasing effects ensue. These are listed as follows:

- Rings around bath tubs are consistently visible
- Evidence of white residue or dried water spots on glasses, dishes, or shower doors
- Soap scum in sinks and bathtubs
- Impaired cleaning abilities such as decreased lathering of detergents and soaps
- Clogged pipes and increased water heating bills due to the amplified buildup of minerals in the water
- Clogged pores and skin infections due to the bacteria trapped in the skin’s pores underneath the layer of soap scums

However despite the issues that can persist with the presence of hard water, it can be treated. If there is uncertainty that hard water is present, it can be confirmed with your city hall. A lab or your local public health unit can do tests to verify the actuality of hard water.
Solutions for Hard Water Problems 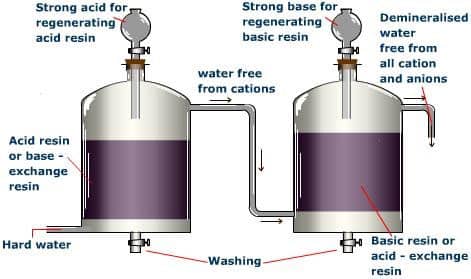 When it has been confirmed that your water is hard, there are many solutions available for softening water. Most people opt for an ion exchange water softener. When a softener is used, calcium and magnesium known as hardness ions, are replaced with sodium and potassium. With this exchange the water is softened and the possibility for blocked pipes is reduced. Also, soap scum and clear indications of hard water symptoms are erased. However when choosing a softener, doing research and contacting various companies for appraisals and pricing, can better assist you in making an informed decision. 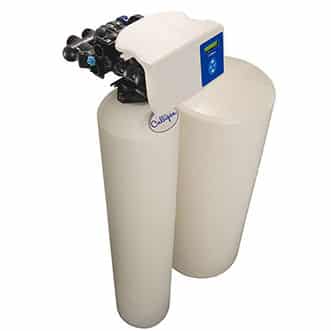 The cost of water softeners can be a deterrent for many homeowners. The price usually ranges from approximately $500 - $1000+. For those that do not wish to spend excessively on water softeners there are other water quality control procedures that can be taken. These include some of the following:

Vinegar: To rid yourself of hard water residue on items such as dishes, glasses, kinves, forks and other small essentials, you can place them in a bowl or sink of hot natural white vinegar. When vinegar is used, calcium deposits are dissolved in 60 minutes. The residue will disappear because calcium’s electrons are extremely reactive to vinegar.

Water Heater Temperature: Hard water stains can also be attributed to your water heater. This is due largely to the mineral buildup that occurs in the hottest part of your pipes. To avoid this, reducing the temperature of the water heater, hinder potential buildups. It is suggested that heater is flushed on occasion to rid the system of accumulated minerals.

Choosing Detergents that Combat Soap Scum & Buildup & Residue: Soaps contain molecules that assist in rinsing dishes and our bodies of oils and dirt. Hard water and its positively charged calcium atoms, nullify these molecules. When this occurs, soaps lose its lathering abilities and is unable to perform. To avoid this, using soaps that specifically work against soap scum and water deposits, are beneficial.

With all that has been mentioned about hard water, this would lead you to assume that soft water is better. However despite soft water having more benefits, soft water also has some pitfalls. With soft water, you will not witness any deposits. Thus dishes, sinks, shower curtains and doors, as well as clothes will be residue-free. Also, when it comes to using detergents and other cleaning products, there will be no issues with their performance as soft water is ideal for cleaning.

However although preferred, soft water is resistant to chlorine and this can pose as a problem swimming pools. When used, in pools soft water is causes unbalanced ph levels, staining and also dissolves the calcium tiled pools, grout and stones. This can cause major issues that can be very displeasing and costly for pool owners. It is encouraged that soft water is balanced out and essentially made slightly hard to avoid expensive and inconvenient problems.

Sometimes water that is too soft can produce a salty taste. To achieve a happy medium, a salt-free water softener can be utilized to preserve the enjoyable minerals that can be found in hard water. By doing so, water is not completely converted to hard water. Instead, balanced tasty water is achieved.

Hard water is an issue that plagues many individuals. If you are experiencing a persistent issue with hard water, it is suggested that you seek assistance. Aside from the residue and water deposits that hard water leaves behind, it also causes costly issues. Minerals clog plumbing systems and causing scaling and forcing water heaters and appliances to work less efficiently. This can lead to pricey energy bills and overtime considerable depletion of your money. To avoid such hardships, it is imperative that hard water is dealt with upon confirmation of its presence. 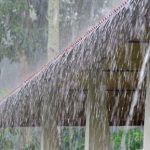 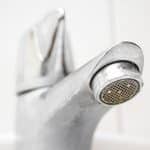