Washing laundry is not fun at the best of times, so you don't really want the process to be interrupted unnecessarily. One of the main problems that occur with washing machines, is that they sometimes stop mid-cycle, with a full load of water and then there's just no way to get it going again. If you're wondering "Why won't my washing machine drain?", then you need to read our tips and advice below. We'll tell you why washing machines sometimes won't drain, and we will give you tips on how to fix it. The post also gives advice on what you can do if the washing machine only drains partially, but not enough to spin.

Because the washer died mid-cycle.

If your washing machine lost power while it was still full of water, it could be something as simple as a power outage, a tripped circuit breaker on the fuse board, a faulty wall socket or a blown fuse. It would be worth your while to consider any electrical reasons why your machine stopped working.

There could be a blockage.

If your machine seems to be working, but no water is pumping out, the most common reason could be an electrical fault, pump failure, or something as simple as a blockage. The most common clogs include:

- Drain hose blockages that occur in the plumbing under the sink. Check for small blockages in the end of the drain hose, spigot or the plastic nozzle. Those clogs are easily removed and are usually caused by stringy threads from laundry, small buttons or coins. You can generally remove the offending clogs without having to move the machine. Simply unscrew the spigot and take off the drain hose to inspect it.

- New plumbing installations sometimes contain a blanking piece that has to be removed or cut off. If this is the first time you're using your new washing machine and it won't pump out the water, check for blanking pieces in the connectors.

If the pump is not running, the issue is more than likely not the problem, as a blockage would not stop the pump from running, and it will not affect the normal sounds the pump makes.

How to Make My Washing Machine Drain

Does your machine have a small drainage tube behind a small door in the kick strip? If so, you could pull the tube out and use it to drain your washer. It's not too messy, usually, but it can take some time. Still no water draining? It could be that a larger item or garment is causing a blockage and you'll have to try a different approach.

If using the draining tube is not an option, you will need to remove the main drain hose. Simply lower it into a bucket as near to floor level as possible. Once all the water has run out, you can remove the blockage, and your machine should work just fine again.

Sometimes, the problem is much bigger, and you will need to call for professional help. Get in touch with Anta Plumbing for expert assistance when your washing machine won't drain. 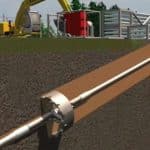 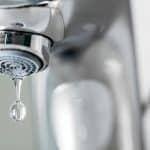