Let's be honest - few people enjoy winter. One of the many ways in which frigid weather affects your home's plumbing system, is when your shower drain freezes. Of course, you probably won't realize that your shower drain is frozen until you're standing ankle deep in water.

Assess the frozen shower drain: Can you fix it yourself?

Thankfully, a frozen shower drain is not a big issue and unless you have multiple frozen pipes, you probably don't need to call the professional plumbers. With a little bit of patience, and by following the instructions below, you can clear the clog without much hassle.

Ideally, you will want to thaw pipes as soon as you notice they are frozen. The longer they remain frozen, the more ice will pack on as water continues to flow into the pipe and reach the ice blockage. Water expands when it freezes, so the bigger the blockage, the higher the risk of the pipe bursting.

A burst pipe will almost always result in costly repairs and potential damage to your property - not to mention the inconvenience of having to dig up your shower floor and breaking the walls to access the hidden pipes.

How to unthaw a frozen shower drain

Before you get started with the process, it is important to know what you should and shouldn't do:

Here's what you will need:

Start by pouring the baking soda down the drain, followed by a cup of vinegar down the drain. A chemical reaction will take place, causing the mixture to bubble and fizz. The mixture will clean the pipe, and allow the grime to be flushed down the drain once the frozen clog has been cleared.

Let the mixture sit in the drain while you progress to step 2.

Boil the water in a medium sized pot with a cup of salt, and pour it slowly into the drain. Salt is potent when it comes to melting ice and it will help the vinegar and baking soda to penetrate the buildup inside the pipe walls.

Once the clog is clear, let hot water run into the drain for a few minutes to ensure that it is thawed and draining well.

To avoid frozen shower drains in future, consider allowing the hot tap to drip ever so lightly as soon as the temperatures dip below freezing. This this will keep water moving in the shower drain pipe. 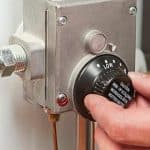 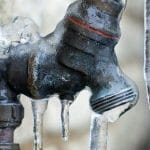