Sometimes, drains become smelly, emanating foul odors and permeating the house with a rotten smell. This is particularly common in the kitchen where food debris can become lodged, causing it to rot. Ideally, you should deodorize your drains weekly to help avoid issues with smelly drains and eventually, clogs. Sometimes, manual drain cleaning will be needed to remove rotting debris from the drains.

Drain odors can be caused by a number of issues and there are several things you can do to remove the odors. In most cases, running a non-chemical drain cleaner and physically cleaning out the drain will remedy the issue. If you have not used a fixture for some time, and yet the drain smells, it could be because the p-trap has become dry. A p-trap is designed to form a trap that prevents smells from leaching into the home, and it should always have a small amount in the bottom. When it evaporates, smells can travel into the home. Thankfully, this issue can be remedied by running water into the drain to re-establish the air-lock.

1. Remove or raise the stopper from the sink and wash out any debris that may be lodged in the drain. Once you have removed all of it, wash the drain with clear water before returning the stopper.
2. Another effective method of deodorizing your drain, uses baking soda. Simply pour a quarter of a cut of baking soda into the drain, followed by the same amount of white vinegar. It will fizz and bubble, all the while removing debris and removing foul odors. Leave it bubbling for 10 minutes before chasing it down with a kettle of boiling water.
3. If you have a garbage disposal, place a few fresh lemon rinds into the drain and run the disposal. The rinds will deodorize the drain while it is being ground up. You could also use ice cubes with baking soda to scrape down the insides of your garbage disposal if you don't have fresh lemon peels.
4. Turn off the main water supply to your home and place a bucket under the sink trap (the u-shaped pipe). Now loosen the grips that are holding the pipe in place and tug it lose. Remove any debris from the pipe before replacing and tightening it again.
5. Hot vinegar is another great remedy for smelly drains. Boil four cups, and first pour two cups down the drain. After a minute, rinse with cold water and follow up with the other two cups of hot vinegar.

By making use of one or more of these methods once a week, you can help prevent fats, oils and grease, debris, and grime from building up and leading to nasty clogs. It also helps to remember that whatever you allow entering the drain, can end up becoming lodged somewhere, leading to clogs and smells. Rather toss food scraps into the rubbish, and only allow suitable items down the disposal.

A good way to set healthy habits is to start fresh. Get in touch with Anta Plumbing today to clean your drains professionally. 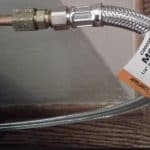 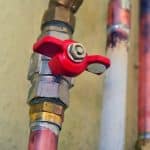