For many families, dishwashers are equally as important as access to safe drinking water. These nifty pieces of equipment save a lot of time and clean dishes to perfection. But research has shown a link between dishwashers and children with allergies. How is it possible that a machine that rids dishes of nearly all harmful bacteria can have a negative influence on our children?

The Gothenburg University in Sweden did a study to add to the hygiene hypothesis and found favorable evidence that linked children's increased exposure to microbes to a reduced likelihood of allergies. They found that the rates of allergies in households that handwash dishes, are much lower than in those that used dishwashers. The researchers stated the following: “We speculate that a less-efficient dishwashing method may induce tolerance via increased microbial exposure.”

The hygiene hypothesis suggests that people in developed countries where cleanliness is very important tend to get sick more because of reduced exposure to germs. Researchers believe that children are not exposed to a variety of microorganisms and this deprives te immune system from being trained to recognised good bacteria from bad. As a result, the immune system overreacts, leading to allergies, asthma and eczema.

It is particularly important for children in their formative years to live in a less sterile environment. They should be allowed to touch animals and eat off hand washed plates with hand washed utensils. One finding that substantiates this hypothesis is that the studies found that in families that mostly hand wash their dishes, somewhat fewer children suffered from hay fever and asthma, and a significantly reduced number of children suffered from eczema.

A pediatric allergist has suggested that by using a dishwasher instead of hand washing, we may reduce children's exposure to microbes. When you use non-antibacterial soap to wash dishes, you use warm water and while it cleans properly, it hardy sanitizes the dishes like a high-temperature dishwasher does.

Doctors are not yet ready to tell parents to stop using dishwashers, as they feel that other lifestyle habits might be common in people who don't have these machines in their homes. For instance, many families in homes without dishwashers also tend to eat more fresh produce from farms, and they choose to eat more fermented foods, a practice that has been linked to protecting the immune system.

Furthermore, other environmental and genetic factors will also play a role in whether a person will develop an allergic disorder. Doctors suggest that people should always consider the margin by which the health benefits outweigh the risks of increased exposure to environmental microbials in order to reduce potential allergies.

Dr. Mercola made the following recommendations:

1. If you want to avoid being "too clean", by all means, wash by hand more often than not, but remember to use the dishwasher once or twice a month to prevent rubbers and other parts from drying out.

2. Allow your children to play outside and to get dirty. Eating the odd booger won't kill your child.

3. Avoid using antibacterial soaps and household products that wipe out microorganisms when normal soap will do. Antibacterial cleansers contain toxic chemicals, such as triclosan.

4. Avoid antibiotics where possible and remember that antibiotics don't work on viral infections.

6. Learn as much as you can about natural and artificial immunity so that you can make the right decisions when it comes to vaccinations.

Modern dishwashers don't use more water than you would use when you hand wash, so the decision is entirely up to you. If you need help installing a dishwasher, or cleaning your drains, get in touch with Anta Plumbing. 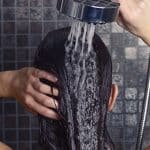 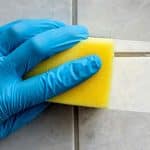