Toronto is no stranger to the annual deep freeze that blankets everything in a thick layer of snow and ice. With that comes a host of household problems and complications. One of the main challenges with the icy conditions is frozen water pipes - a problem that can cause havoc in a plumbing system.

Water that freezes inside water pipes expands, creating up to two thousand pounds of pressure per square inch of ice. Inevitably, this can cause pipes to rupture. A ruptured pipe can cause massive flooding, which in turn leads to property damage. Depending on where the pipe is located, it can flood your basement or other areas of the home. A single burst pipe can release hundreds of gallons of water every hour if it is not noticed quickly enough.

The water pipes that are most at risk of freezing are those in unheated parts of the home and exposed pipes, such as those running along outside walls, and those under the sink. Pipes in unheated rooms can also freeze. It's important to read the fine print of your insurance policy to ensure that you are covered for damage caused by broken or frozen pipes. Of course, it is still important to take precautions to ensure your plumbing system is winterised to prevent the pipes from freezing. While the costs of burst pipes and flooding are significant, the inconvenience is another major hassle, even if the insurance pays for it.

Do you think you may have frozen pipes?

If your pipes are frozen you may notice the following symptoms. Some of them may resemble a standard clog in the drains, so if you're unsure it is best to call out a plumbing professional.

If the water is frozen inside your supply pipes or in the actual faucet, your water pressure may be affected or completely stopped in one or more faucets.

Bubbling, gurgling, banging, clanking and whistling are all noises to look out for as they may indicate frozen pipes.

If you can see exposed pipes, you may notice condensation on the outsides. The pipes may bulge as well. They do that right before they burst. If you notice wet rings on the ceiling, that's usually an indication that a pipe has burst.

If your sewer drain is frozen, you may smell strong sewage odors.

At Anta Plumbing, we go on a big winterization drive before the big freeze hits every year. Proper winterization includes insulating your exposed pipes to help prevent frozen pipes. When the temperatures drop to freezing, it is important to keep air flowing in unheated rooms, such as the bathroom. You can do so by keeping the door to your bathroom or kitchen cabin under the sink open. Allowing to let the faucet drip ever so gently can keep water moving in the pipes and this can also help prevent it from freezing.

If a frozen pipe (or any pipe) in your home bursts, turn the water off at the main supply and call Anta Plumbing right away. 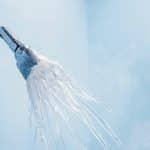 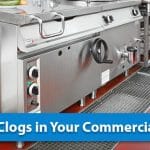