Those of us who live in colder climates know the feeling of waking up to frozen pipes. It's annoying, but more importantly, it can cause your water pipes to burst. In this post, we are going to find out why it happens, and how to avoid frozen pipes from bursting.

Have you ever placed a soda can in the freezer to get cold quickly and then forgot to remove it before it became frozen? The same principle applies to water pipes. Water expands when it freezes, however, it does not typically cause a break where the blockage forms. As the pressure increases, the frozen pipe fails at a point in the run were little to no ice formed.

Burst pipes occur when there is a complete blockage in the continuously expanded frozen pipe, causing pressure to build downstream towards the closed faucet, rather than towards the source. The reason for this is that the water can always flow back to the source, so there is no pressure in that section of the run.

In the Northern hemisphere and other cold regions, pipes are usually built into the structures, where it is protected by the insulation. Other options include placing insulation on the actual pipes or heating it.

Tip: If your pipes are insulated, be sure to avoid any holes in the home that might blow cold air onto the pipes, as it can still cause frozen pipes that might burst. Check crawlspaces and attics for cold air.

The composition and size of pipes can have a bearing on their ability to freeze. Polyethylene is the material of choice for domestic and commercial water systems, as it retains its flexibility and strength at extreme temperatures, including subfreezing conditions.

Tip: Speak to your local plumbing supplier about insulation materials to use on your pipes. We supply pipe sleeves in fiberglass and foam rubber at fantastic prices.

Be Alert for Frozen Pipes

Did you know that frozen pipes can even occur in regions where freezing weather is less common? Research has found that freezing on uninsulated water systems occurred in unconditioned attics during outside temperatures of 20F and lower.

Tip: Homeowners should ensure that their pipes are properly insulated against cold, flowing air. New constructions should be planned to include the proper placement of pipes into the building. Plumbers can re-route at-risk pipes in existing homes to more protected areas.

While these are all long-term options to avoid frozen pipes, there are a few things you can do for extra peace of mind during cold spells:

1. If your pipes are located inside the bathroom and kitchen cabinets, keep the doors open during cold spells in order to let the cold air from inside the home circulate onto the pipes.

2. Allow your faucet to drip during extreme cold snaps, as that might help to avoid frozen pipes. While it does waste some water, it is less of a cost and inconvenience than a burst pipe.

Do You Suspect a Frozen Pipe?

If no water comes out of your faucet, be sure to call a plumber. If you suspect a frozen pipe has burst, immediately turn off the water supply at the main valve. Your plumber will advise you to keep the faucets open until they have completed repairs.

NEVER use an open flame to try thaw a frozen pipe. 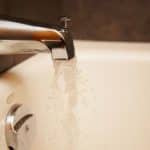 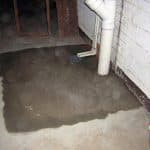