Wet wipes have serious problems when it comes to decomposing in sewage systems. In many cases, wet wipes will get caught in treatment plants. They cling to fat and create what is commonly known as ‘fatbergs’ which can clog pipes and pumps as well as disrupt machinery.

Additionally, some wet wipes have alcohol content which can kill the bacteria and enzymes necessary to break down solid waste in septic tanks. This causes them to sit around and cause buildups in the system.

In a Consumer Reports test, it was revealed that a while a sheet of toilet paper decomposes after eight seconds in swirling water, a flushable wipe barely broke apart even after half an hour.

Recently, it’s been revealed that even ‘flushable’ bathroom wipes are detrimental to sewage systems as they prove equally as difficult to decompose. This can be incredibly taxing on cities and can add up to millions in damage control.

City officials have been battling the usage and flushing of wet wipes for years now. In a report in 2013, a New York community was hit so bad that officials were forced to set up traps to locate the source of all wet wipes. Once discovered, they mailed letters and pleaded “in person for residents to stop flushing them.”

Not only are wet wipes harmful to our sewage system, but they can also affect marine life.

One reason behind the influx of wet wipes comes from a recent demand in baby wipes not only for babies but adults too. Companies have been rolling out flushable wet wipes that provide consumers with a more sanitary solution to toilet paper.

Less surprising, but equally compelling, was that 24 percent of guys hide their wipes from view, the No. 1 reason being they’re embarrassed
continued Dubin.

It’s clear that while there’s a growing demand in wet wipes, not enough is being done to educate people on the harmful effects of the product. While it’s okay to use them, don’t flush them down because not only are you ruining the city, you’re potentially ruining the environment too.

Just use a trashcan next time. 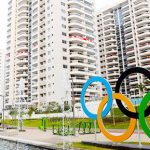 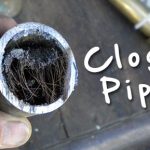