Have you ever opened a faucet, just to be met with a loud hammering noise in the plumbing behind the wall or in the pipes? There are several types of noises that can be heard in your plumbing system. The dut-dut-dut noise, or succession of short, rapid bangs, that occurs along with stammering flow is a sign that there was a water interruption, which caused the pipes to be without water for a time. It is caused by unsupported lines. Actual water hammering is a more specific problem that can be fixed by a licensed plumber.

Water hammering is a loud noise that occurs when you shut off the faucet. One loud bang can be heard and it is caused by water hammering, or by unsupported pipes.

The most common reason for water hammering is that a closing valve inside the supply line stops the flow, or due to loose pipes inside the wall, or even by a worn out faucet or washer.

Pressure spikes behind the valve, causing the pressure to spike and create shock waves throughout the system. It shakes and rattles the pipes, particularly when the pipes are loose, until all the shock has been absorbed.

An air pocket would generally absorb the pressure spike, but if there is no air pocket, the plumbing system and fixtures may sustain damage. 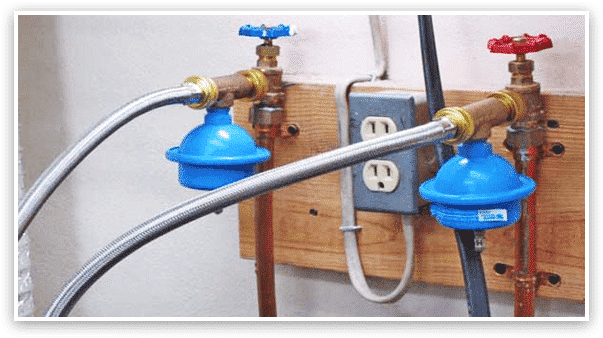 A licensed plumber can install a water arrester, which is a plumbing installation that is attached to your supply line. The valve that supplies the fixture sometimes stops the flow abruptly, causes air inside the arrester to act as a cushion, compressing the water flow in order to reduce the force in the water pipes.

Water arresters sometimes become blocked, which means that you will still experience water hammering. In that case, the valve nearest to the arrester should be opened up to help alleviate pressure in the pipes. When the fixture is opened up, remaining water in the drain will be drained, and the arrester should once again fill with air.

The sound of water hammering is the least of the problem. The real issue is the fact that water hammering places a tremendous amount of strain on your fixtures and water-using appliances. It could even cause burst pipes.

If you’re experiencing water hammering, it’s important to contact a master plumber right away to help you install a water arrester, or if you have one, to see if it is blocked by any chance. 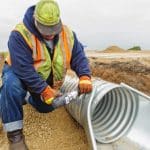