Menu
Search
Menu
Follow us
Search
Cold temperatures can wreak havoc on your plumbing system. Making sure that you prepare your plumbing system for winter is highly important. However, even the homeowners who have spent months in preparation for the cold months are subject to some plumbing issues. Your pipes are the most vulnerable during cold months, and finding your pipes frozen is something that nobody wants to experience. Here are some of the most common winter plumbing problems you may encounter during winter.

Freezing Pipes is one of the most common plumbing problems during winter. Once the pipe freezes, the water that is inside the pipe will expand and cause it to burst, resulting in property damage. In addition to making a big mess, you need to call an expert to fix the broken pipe. Some experts advise that if you are experiencing water problems during winter, it may be the result of a broken pipe.

Water line leaks do not just happen on hot days, but even cold ones! One of the best ways to avoid having a leaking water line is to disconnect all the outdoor water hose and put it away for the meantime. Overlooked water hose outside the house can freeze your faucet and can be the cause of major water leak inside your house. Aside from that, make sure that you clean the entire sump pump before the temperature gets cold. The pump is also vulnerable to freezing and once this happens it can also cause for the water to overflow in your basement. Uncle Bill’s Hillcrest Plumbing and Heating has encountered this problem numerous times and have become experts at addressing this issue. It is not advisable for anyone to throw his or her leftover oil and grease into the kitchen  sink. Doing so during the winter can be exceptionally harmful to your sink. This can cause a major clog, attract bugs, and emit foul odors. To conclude here are some entertaining facts on plumbing. Albert Einstein was named an honorary member of the Plumbers and Steamfitters Union after saying publicly that he would become a plumber if he had to do it all over again. The world’s most famous plumbers are probably video game superstars Mario and Luigi, of Nintendo’s Super Mario Brothers series. Copper piping, which is the #1 material used for plumbing work in today’s world, is the same material that the Egyptians used to lay their own pipe – some 3000 years ago! Archaeologists have recovered a portion of a water plumbing system from the Pyramid of Cheops in Egypt. The evidence of indoor plumbing in palaces has dating back to 2500 B.C.E. 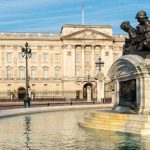 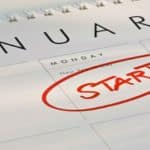