Ever looked inside your kettle and seen that off-white crust at the bottom? As a result of hard water, limescale is a deposit that stays behind when you use water with higher than normal levels of dissolved minerals.

Limescale also builds up on your shower walls, showerheads, and in the heads of your faucets. While it is unsightly, limescale can actually result in a lot of damage to your home - specifically to the pipes in your plumbing system.

Hard water is common in many cities. As the hard water moves through the pipes in the distribution system, it deposits small amounts of minerals in the walls of the pipes. Here, the mineral deposits develop into limescale. It can form on any surface that is frequently exposed to hard water. Showers and sinks are frequently cleaned, which is why you may not notice them there. However, inside pipes or fixtures, it can sit undetected for years.

When limescale is left to accumulate, it can impede the water from flowing through the pipes. However, with early detection, it can be removed from pipes before causing major issues.

Once limescale has been left for a long time, it can be impossible to remove without causing irreparable damage to the pipes, in which case the only remedy would be to remove the pipe.

How Do I Know I Have Hard Water?

If your clothes don't look clean after you've washed them, or if your soaps don't lather as well as they should - you may have hard water. If your dishes look dull and your skin feels dry and sensitive, you probably have hard water.

These are just some of the visible symptoms of hard water, with many other unseen effects. There is an average of 300 mg of dissolved minerals in a liter of hard water, which means that a four-person household can accumulate up to 70kg limescale per year. Much of this remains in your central heating ducts, damaging the system by clogging it up.

Additionally, limescale accumulates on the heating elements in your kettle, dishwasher, washing machine, and boiler, requiring each appliance to work much harder to heat water for its purpose. This impedes the energy efficiency of your appliances. A 1.6mm thick limescale coating can reduce energy efficiency by up to 12%, and causing an appliance to burn out much quicker than it should.

The solution to Hard Water & Limescale

The most effective treatment for limescale buildup is water softening - a chemical process that replaces the calcium in hard water with sodium, which remains dissolved.

When water enters your home's plumbing system, it will pass through the ion exchange filter, which contains the sodium-charged resin beads.

Water conditioning is another option, however, this is more complex. With this process, water is exposed to a radio field, or a low-level magnetic field that causes the impurities in the water to clump together, thus reducing limescale. Usually, the minerals will remain suspended in the water, eventually forming a white sludge, which is easy to remove from water tanks.

Get in touch with Anta Plumbing today to find out which hard water and limescale remedy will be best for your specific circumstances. 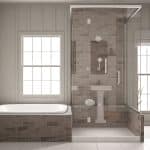 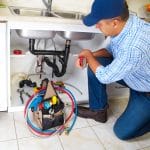